Independent Preparatory (Prep) schools generally take children from the age of seven or eight years through to the age of eleven or thirteen, depending on the school. On leaving Prep school students begin Senior school in Year 7 or 9, again depending on the individual school. Boarding accommodation is available at Prep and Senior level at many private schools, and the schools are careful to ensure a warm, comfortable and secure environment for all their boarders, whatever their age.

British schools generally offer up to four main types of curriculum in their final four years (Years 10 to 13): the GCSE (General Certificate of Secondary Education) followed by A Level (Advanced Level), the IB Diploma (International Baccalaureate) or more recently the Cambridge Pre-U. Whilst many boarding schools in Scotland have opted for GCSEs and A Levels or the IB, some continue to offer Scottish Nationals and Highers.

British students study around nine or ten GCSE subjects over the course of two years, normally beginning in the British Year 10, at the age of fourteen. For some international students the popular one-year Pre-IB or GCSE courses in Year 11 provide an ideal point of entry into the UK system at around fifteen years of age.

The A Level is the traditional British school leaving qualification. Normally three (or four) subjects are studied in the Sixth Form (Years 12 and 13) which makes A Levels suitable for students with particular strengths in certain areas. A restructuring was launched in 2015 designed to increase the qualification's academic rigour, which has moved the focus of assessment away from modules and coursework and onto examination at the end of the course. Some schools also offer a number of AS Levels (Advanced Subsidiary) in addition to A Levels, although these have been decoupled from A Levels and are now standalone qualifications.

A truly international programme, the IB Diploma has become increasingly popular in UK schools in recent years due to the breadth of its curriculum, which enables strong all-rounders to flourish as well as keeping university course options open for longer. Over the course of two years, students aged 16-18 study a total of six subjects selected from six separate subject groups, three at Higher Level and three at Standard Level, with equal weighting given to each. A compulsory core develops critical thinking, independent research skills and encourages personal/interpersonal development.

The Pre-U was developed at the University of Cambridge and launched in 2008, offering a focus on enquiry, critical thinking, self-directed learning and independent research, all highly-valued skills at university. Students choose any three subjects from around twenty-five on offer and are examined after two years at the age of eighteen, freeing up both teachers and students from the regular assessments of modular systems. Fully compatible with A Levels, the Pre-U is accepted for entry to all Ivy League universities as well as the Russell Group in the UK.

The Scottish system of Nationals and Highers is used by all Scottish state schools and by a number of our partner schools. Typically, six to nine Nationals are taken at the age of sixteen, before students move on to take three to five Highers a year later. Whilst not required, most students wishing to maximise their chances of getting onto their chosen course at their preferred university stay on a further year to complete two to three Advanced Highers at the age of eighteen. 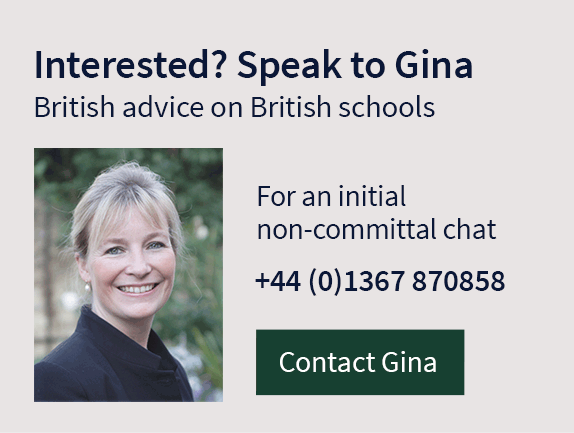